Technology is radically transforming businesses everywhere and it’s no surprise that insurance companies are in the thick of this radical evolution. One of the most affective uses they have found for technology is to centralize and standardize the management and oversight of the claims process. Paul Davis is innovating right… Read more » 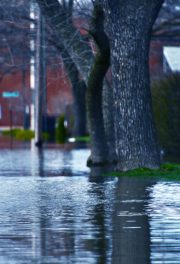 Swollen by a storm, a creek surges beyond its banks, devastating a business, ruining inventory, chasing employees, flooding office space and more. A home’s water heater bursts and, in just hours, soaks flooring, carpeting, wallboard, appliances, everything below knee level. The deluge is stemmed only after a neighbor sees a… Read more »

Where there’s fire, there’s smoke. Eclipsing flames and heat, it’s the most ruinous and far-reaching component of that fire. Thick and dark, it damages everything in its path. Items touched by smoke often have long memories even though they may appear unaffected. Months after the flames are doused, odors on… Read more » 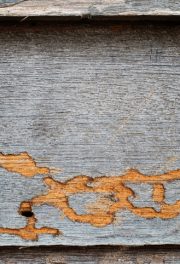 Spring: the time of year that termites love best. That’s when these pale insects, measuring ¼ to ½-inch in length, take wing in groups to found new colonies. While most of the tiny fliers become lunch for animals and birds, it takes just a single pair to launch a colony… Read more » 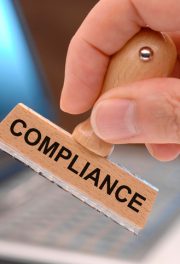 Major disasters disproportionately affect people with disabilities. For the 61 million Americans with disabilities, escaping the disaster itself is only the first challenge. Communication breakdowns with caregivers, disrupted healthcare, interrupted supplies and services, transportation delays – these inevitably follow. As an industry leader, Paul Davis is committed to countering post-disaster… Read more »

March, April and May are often filled with gentle breezes and fresh blossoms but spring can also usher in meteorological chaos. In the spring of 2017, just two violent spring storms resulted in a staggering $14 billion in total losses. Tornadoes, microbursts, derechos and thunderstorms – all can wreak devastating… Read more »

Whether it’s an overloaded extension cord or a kitchen flare-up, home fires are frightening. But quick-thinking homeowners can combat these surprise emergencies very effectively: a whopping 95 percent of fires can be successfully quenched if extinguishers are deployed quickly after ignition. But once the fire is out and the household… Read more »

Job site supervisors and workers know exactly what a punch list is. Property owners are usually puzzled. Yet it’s an important tool for finishing a job to the satisfaction of both parties. Punch lists are particularly important when restoring structures after a disaster. So, what are they and why should… Read more »

It’s a relief after a fire to discover that some items weren’t affected by the flames and smoke. Those hinges and metal doors are fine! Right? Well, not exactly. They may look normal immediately after a fire but if left untouched, they’ll soon show fine pitting, corrosion and metal degradation.… Read more »